A little over a year ago I was diagnosed with a paralyzed (left? Right? I don’t remember) vocal cord. In short, it meant that one of my vocal cords did not move as it should, during speech or other mouth functions such as swallowing. I could speak no higher than a whisper for months—before I earned an Angie Harmon raspiness to my voice—choked when swallowing liquids, aspirated on acid reflux during the night, and had to carefully eat so I didn’t choke on my food before finally getting my full voice back after about 7 months. When you’ve got three kids ages three and under, it’s like living in some extra horrible version of hell. My ENT told me numerous times that this could not happen from yelling, and certainly not from at my kids no less; “it’s just not possible”, she would say. Clearly she hadn’t been over to my house on any given day around 3:30pm. During that time, leading up to this so-called medical phenomenon, I had regularly been having screaming matches with my 3-year-old daughter after welcoming baby #3 to our world. It was bad. The year leading up to it was bad too, with many of the same screaming episodes taking place while being pregnant with a 2 year old AND a 1 year old. I took her word, though. I convinced myself, mostly because I was ashamed to admit that my screaming matches with my 3 year old could cause such a physical disruption to my life in so many ways, but one year later I’m here to tell you…

There is literally no other explanation. I had all the tests done, and in my case it was described as a “freak incident” by both my ENT and my speech, occupational therapist. But a year later, I’m still dealing with the same nonsensical BS that toddlerhood throws in the faces of mothers, and I am drowning. I fight my way up and through with the screams of: please no, don’t do that again, what did I just say, 1…2…3… hoping that they will stop. But they don’t. They think every calmly voiced request/discipline attempt is a joke…a game…and they keep on keeping on with laughter deep in their belly, making me fiery with rage.

Deep within my lungs and from the deepest parts of my diaphragm, the momster comes out. The 5 foot 2 inch momster suddenly sounds and looks like Godzilla as my arms flail, and my voice bellows with steamy breath, whilst chasing one or all of them into a room to retrieve an item, remove them from an item (like a 2” window ledge they are magically balancing on and not falling from, splitting their head wide open), or to pull them apart from hurting one another. I know without a shadow of a doubt that my neighbors can hear me from IN their homes. We see them once a year, on Halloween, as we pass each other while we take the kids trick or treating. Even though we don’t actually know our neighbors, I know they know me. My voice is different. It’s weakened, and almost always leaving me with a heavy feeling and a constant need to clear my throat. The only common denominators in these past 2 years are: yelling and more yelling. So much damn yelling.  I’ve read Love & Logic. I’ve tried desperately, literally through tears and feelings of wanting to straight up walk away from my family at times, to implement their advice and techniques with no success. Because let me tell you: when you have 3 children so close in age, while also in completely different stages of development and understanding, it’s nearly impossible to communicate to them in the appropriate, recommended ways to each of them at the right times, often in the same breath. It’s exhausting and confusing, and to be perfectly transparent: they just didn’t give a shit about mommy talking calmly and giving them choices.

All they did was cry. It’s what they still do. Sad? Cry. Mad? Cry. Scared? Cry. Not getting what they want? Cry. They are newly 4, almost 3, and newly 1. Nothing has changed in the last year except for the fact that I now have a baby who’s almost fully in toddler stages at almost 14 months old. He sees their behavior and has quickly picked up on the crying game to get what he wants. 3 kids who are always crying = a mom who wants to turn to alcohol when she shouldn’t, a mom who has had to call her husband home from work because of a real mental breakdown, and a mom who stays indoors and away from the public because going out of the house means uncontrollable disruption that often puts said children in a bad, unmanageable place—and said mom (me) can only take so much. I am so tired of being in this place. Is it a phase, or stage? I don’t know, I’m sure it is. But it’s been a long, long time (4 years to be exact) and I’m just over here wondering if and when it gets better. People say it does, but will I be 7 years in before my youngest gets to a point of being able to communicate without screams and tears? 7 long years of this? I don’t want to wish away their childhood, I really don’t, but what kind of childhood are they having at this point when everyone is either crying or yelling, yelling or crying?

Admittedly, there are really good moments in our lives with these emotionally high-maintenance children of ours, but they are few and far between in comparison. If I’m being honest, it breaks my heart. I feel like my husband and I go above and beyond to give our kids the best life we can given our abilities and it just isn’t good enough. There always seems to be this continual expectation of “more”, or that because we did something nice for them that they suddenly can have/do anything  they want. Then, when they realize that’s not the case: queue the tears and tantrums and feelings of “why did we just do that nice thing for our kids when this is the end result, no matter what”. It’s cyclical, and we can’t seem to break it. I’m just so tired. So very tired.

I wish I had more positive things to say here tonight. I wish I didn’t have these feelings of complete suffocation and isolation from my own children. I wish I could pour more of myself into each of them in the off chance that their behavior is solely about having more personal stimulation/attention from me; but as one mama to my three babies I can only do the best I can. I can only offer what I have to give, and I know it isn’t much right now in their eyes, but it’s all I’ve got. Planning for a Tidy Home 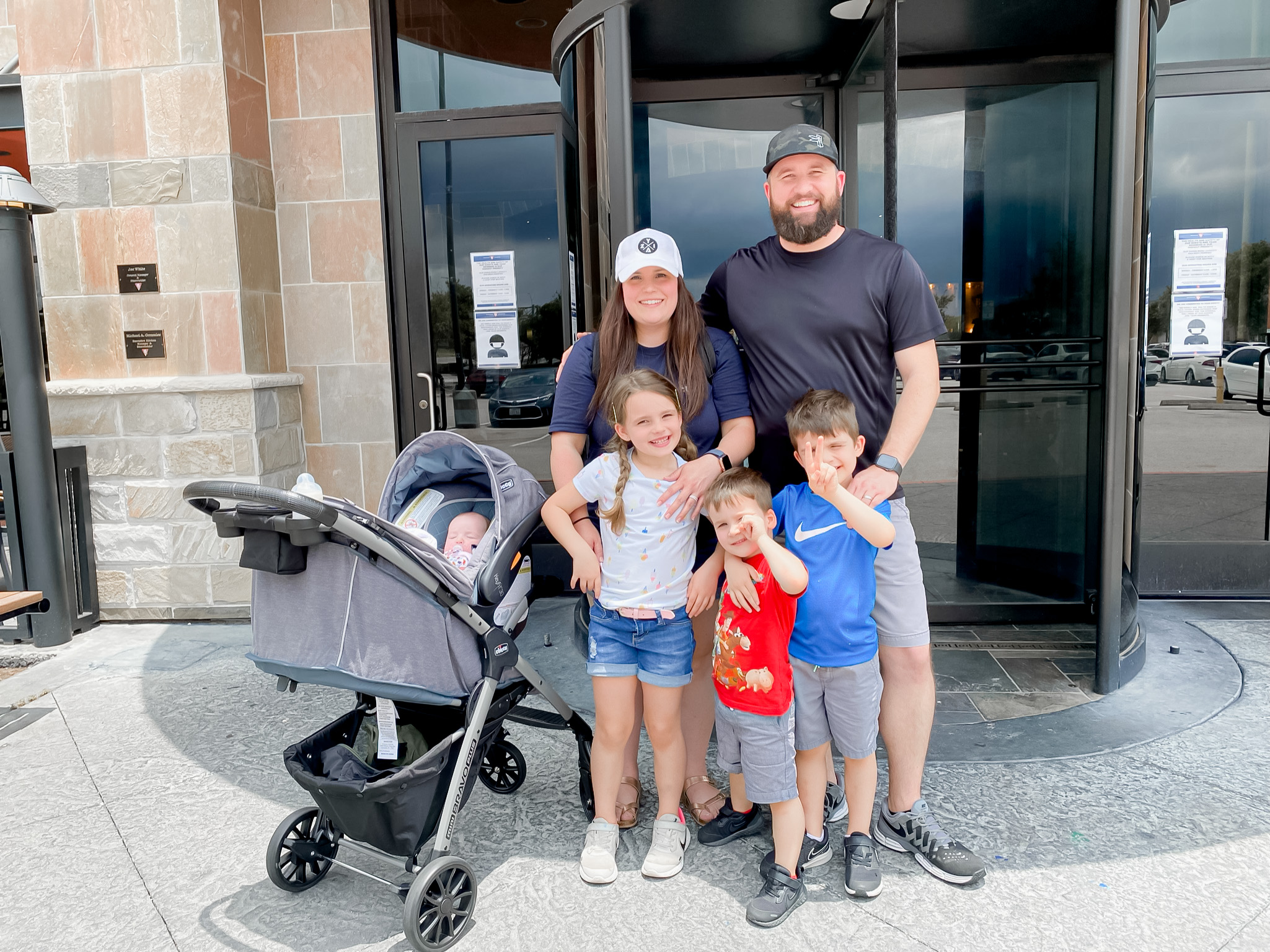 Mama to four, ages 6 & under. Lover of coffee, organizing, and vulnerability in motherhood

This error message is only visible to WordPress admins